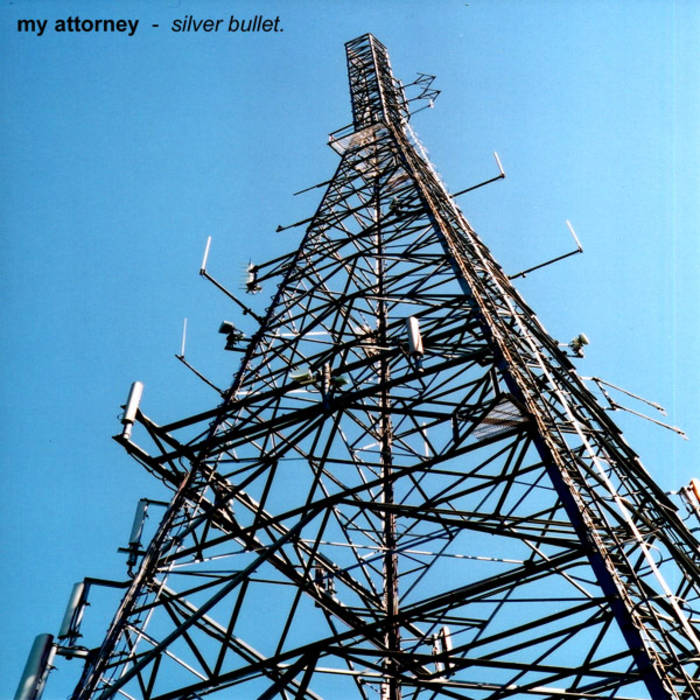 Forming out of the remnants of their school-hood band Pond, Andrew Gardiner and Andy Warmington put My Attorney together during the summer of 2003. The first song they wrote together was Suburbia, whilst sitting in the back garden of Colerabbey Studios.

More songs began to accumulate over the coming years, and as Andrew moved into the field of music production, it was resolved to record the tunes for posterity during the summer of 2005. Using an 8-track MiniDisc recorder, much of the base material for the album was tracked live, before further textural elements were added using whatever means came to hand. Local bands TSUG and Nes Advantage served as heavy influences on the duo, spurring them on to push the limitations of the small studio to its limits.

Naive and lo-fi, 'Silver Bullet' marks the departure point for the Ex Libris Records label, and the Colerabbey Studio sound that would define many of its releases.

[except 'Im So Tired', written by Fugazi and used with permission]

Recorded at Colerabbey Studios during the summer of 2005

Released digitally, after having been remastered in the weeks immediately prior, to the sleet and hail of Wednesday 13th February 2013

For a full summary of who did what, consult the .pdf that accompanies this download.

Or read some thoughts on each of the songs, written by the producer here: